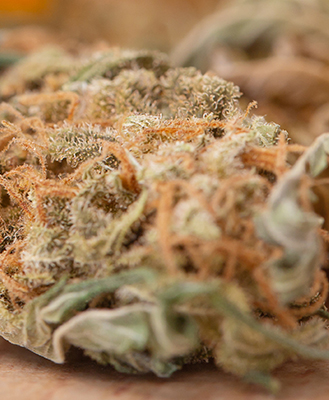 Skunk #1 is an Indica-leaning strain created by crossing an Afghan Indica strain x Acapulco Gold x Colombian Gold Sativa strains and has since gained fame, recognition, and respect worldwide the wide-spread parent strain responsible for the birth of many popular strains today.

Operated by Robert Bergman, a veteran grower with over 25 years of growing experience in the Netherlands, ILGM has been successfully stealth shipping cannabis seeds worldwide, with an impressive distribution of prolific strains, offering feminized, fast flowering, autoflowering strains, and regular strains.

This legendary strain is known for its sedating and soothing high and tastes like – you guessed it – skunk. It also has a pretty sour and earthy flavor, which makes it an incredible smoke, providing a delightful physical relaxation that is felt from head to toe, and allowing both recreational and medical users to find a much-needed sense of calm. It works great in dealing with depression and aids in problems such as migraines, chronic pain, and fatigue. Skunk #1 has all the characteristics every 21st-century novice and expert cannabis grower is looking for.

Although Skunk #1 strain is a 65% Indica dominant and 35% Sativa hybrid, due to its hybridization, its effects are not so implicative of how smokers would perceive this Indica dominant strain to be. Its THC levels are not particularly considered high as well.

Once consumed, this weed offers a fascinating mix of experiences physically and mentally, which simultaneously works as an artistic, motivational, and inspirational mind energizer and enhancer and gives a, incredibly uplifting, relaxing and joyful. Skunk #1 can be best consumed either after work, or during the night when you don’t expect to sleep immediately, or as the perfect choice for creative artistic types that don’t work during the daytime; this cannabis strain knows how to thoroughly and deeply relax and soothe the body, sending all of your limbs into a trance-like state. Relaxing yet mentally uplifting, the Skunk #1 strain is a significant mood changer while keeping you mostly close to the couch.

This Indica-dominant strain is well-balanced and neither too strong nor intoxicating. Hence, this strain is suited for medical marijuana patients’ everyday use. It works best in relieving stress and assist in overcoming depression and anxiety. However, keep in mind that if you want to utilize this strain to help treat mood disorders or mental conditions, make sure not to exceed the dose intake for a safe and wholesome experience. However, too much use of any marijuana strain can harm patients with paranoia or other mental illnesses as your anxiety levels increase. To prevent this from happening, ensure that you are aware of your limits and adhere to certain self-regulated guidelines. Since this weed is not as potent as other cannabis varieties, adverse reactions are not likely to occur— at least not with little amounts of consumption.

Skunk #1 also benefits those who want to relieve headaches and chronic pains, fatigue, migraines, and muscle spasms. For bodily conditions, consuming more cannabis can be a great idea, particularly when you want to achieve faster results. Cannabis edibles, candies, gummies, and bubble hash, concentrates, tinctures, all deliver easy consumption methods for taking a larger dosage with less energy used during the actual consumption. Most of these are readily available at cannabis dispensaries and recreational marijuana shops worldwide.

This strain also has some adverse side effects, such as dizziness, dehydration, dry mouth and eyes, a mild sense of anxiety, and paranoia, mainly if you are not used to its potency.

Skunk #1 plants do not grow any taller than a pure Indica strain during the flowering stage. The stunning leaves come from its Afghan predecessors. As the plant ages, they turn darker, from fresh lime green to a deep dark green.

It is anticipated that this strain will produce about 18 ounces of fresh bud per square meter on average when grown indoors, while outdoor cultivation can yield about 16 oz of bud per plant on average.

Growing Skunk #1 plants indoors can take an average of 8 to 9 weeks of flowering period and be ready for harvest. On the other hand, when cultivated outdoors, a bountiful harvest can be expected around mid-October after the flowering period during the late summer.

Skunk #1 is known to be very skunky in nature, both in its scent and in its taste. This weed is a pungent variant with a sweet, creamy smoke when inhaled. This strain also gives your tongue a sugary herbal flavor with a bit of sour and herbal staining your lips as you exhale. Anyone who’s ever tried skunk will know what to expect.