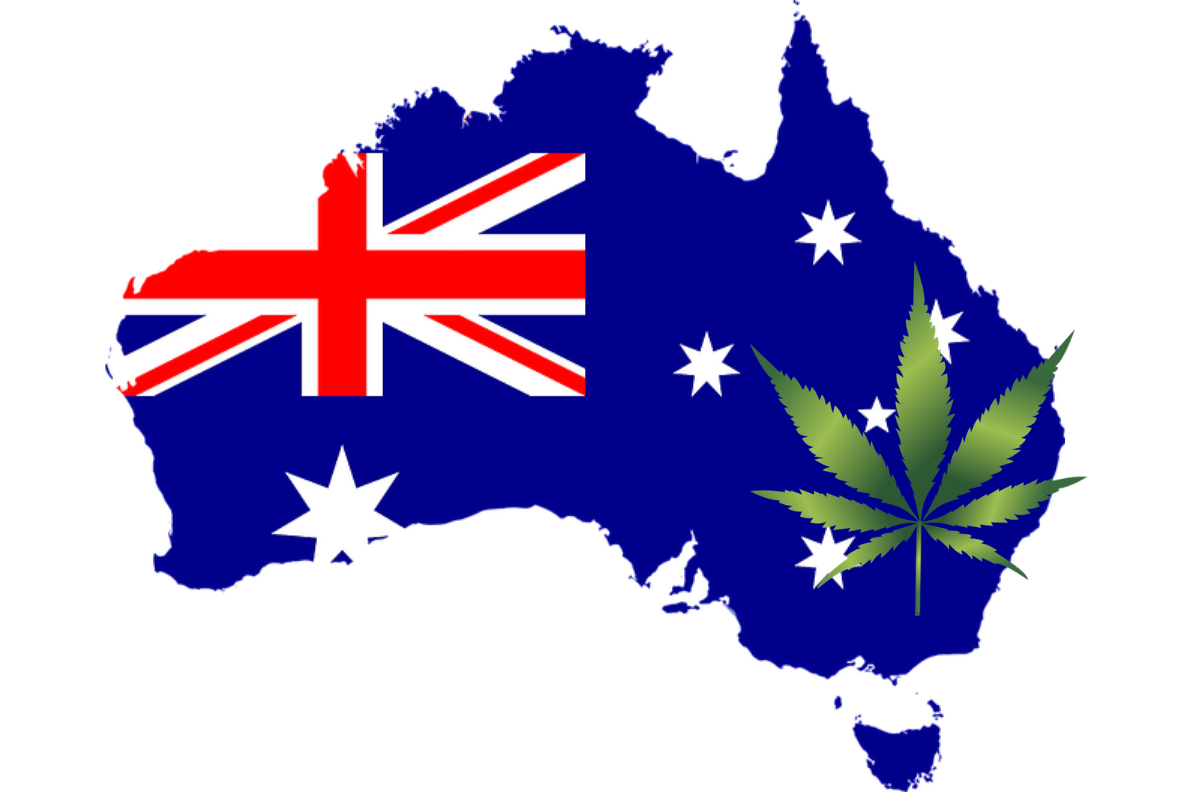 The Australian Capital Territory, ACT, became the first state in Australia to legalize marijuana for recreational use. The measure took effect on January 31, 2020 after months of wrangling, and the final version of the law legalises both possession and cultivation for personal use. Previously, medical marijuana was legalised throughout Australia in 2016.

The country’s pot laws did not instantly follow the path of other countries like Canada and certain states in the United States where recreational legalisation followed quickly after medical marijuana was legalized. The capital district was the first Australian state to legalize “hooch,” common Aussie slang for marijuana or a joint.

State of the States

Pot laws in the other states are often open to interpretation and the discretion of enforcement officers. The penalties for breaking marijuana laws vary greatly within Australia’s states, and penalties range from a small fine to larger fines and possible jail time. It’s unknown what effect Canberra’s legalisation will ultimately have on the rest of the country, but most experts predict that existing laws and penalties will be less stringently enforced while lawmakers explore possible legalisation in the other territories.

The new ACT law allows anyone over the age of 18 to grow marijuana plants in their home or garden, but the crop is limited to two plants per person and four for each household. Those who are Interested in cultivation can get marijuana growing tips to make the most of their allotted two plants. According to kushtourism.com, possession of marijuna is legal for recreational use, but the amount of dried cannabis in your possession is limited to 50 grams. Other provisions of the law include:

ACT residents can find reputable seed suppliers who ship to Australia. People can also harvest their plants to get seeds from their marijuana easily enough to grow two plants to maturity. With severe restrictions on cultivation, home pot growers can get information on the best weed strains of 2020 to maximise their harvests.

Australian federal law remains unchanged, and there could be some legal repercussions for ACT residents. Residents could still be arrested under federal law and receive jail sentences of up to two years. The same risks were faced by residents of the United States when some states legalized recreational marijuana, but few federal prosecutions occurred.

Medical marijuana is legal throughout Australia, and patients can grow up to two plants and possess up to 50 grams of dried marijuana. [2] Patients must be over 18 years of age and under a doctor’s care with a valid prescription.

The Narcotics Drugs Act of 1967 was amended in February of 2016 to legalise medical marijuana across Australia, but the states retain the right to override this permission. After a slow start, patients can now buy medical marijuana at medically approved locations like
cannabisdoctorsaustralia.net.

The fine in the Northern Territory is $200 for possession of 50 grams or less or two plants, 1 gram of oil, 10 grams of resin or 10 grams of seeds. In South Australia, there is a $50 to $150 fine for up to 100 grams of hooch, 20 grams of resin or one marijuana plant. Police officers have discretion to issue a caution instead of a fine.

Queensland, New South Wales, Victoria and Tasmania still consider cannabis use, possession and cultivation a criminal offence. However, people caught with a small amount of hooch are unlikely to be convicted of a crime. Diversion programs are usually offered for the first one or two offences. Small fines might apply.

Regardless of an officer’s discretion to issue cautions or penalty notices, decriminalisation is not the same thing as legalisation. For example, New South Wales officers can always charge someone for possession, which carries a fine of up to $2,200 and possible jail time. [6] If you possess a large amount of marijuana, the amount bears heavily on the charge, fine and jail sentence.

For example, getting caught with 1,000 grams would likely result in your being charged as a dealer unless you can prove the pot was for personal use, which would be an uphill court battle.

Supplying a large quantity of marijuana for sale could result in a penalty of $550,000 and 20 years in jail. That’s the maximum penalty, and most sentences are smaller. However, judges can impose the maximum sentence if they suspect violence and other bad behaviour associated with the marijuana distribution.

Manufacturing and cultivation fines and penalties are similar to the cannabis laws for selling marijuana, but life imprisonment can be imposed on major cultivators of the largest quantities of cannabis. Most manufacturers and cultivators receive 15- to 20-year sentences and fines ranging from $220,000 to $385,000.

You can’t smoke in public anywhere in Australia. The laws are enormously complex. For example, you can still be charged with driving under the influence if you’re under the influence of cannabis, and it’s easy to forget that you’re carrying your stash when travelling across the country.

When driving, random stops for drug and alcohol testing are common throughout Australia. You’re not allowed to have any amount of illegal drugs in your system. Some of the potential causes for cannabis-related arrests include:

Even in the ACT, employers can ban using marijuana in the workplace. You can be tested and dismissed if you test positive for marijuana use. Your employer must have a clearly stated no-drug policy and provide training where you are educated about the policy. Some industries have mandatory drug and alcohol testing, and these include the aviation, transportation and construction industries.

Australia’s drug diversion programs rank among the top police interventions, and wide latitude is given to officers who respond to drug possession and drug-related offences. There are many programs in the different states and territories, and these programs have been functioning well for more than 15 years.

Some critics argue that marijuana use is less dangerous than alcohol, and there is a wealth of evidence to support that view. The diversion programs give the officers latitude to make a determination in the field, which is often based on criminal record, previous offences, degree of marijuana intoxication, quantity of cannabis involved and whether violence or larceny is involved. An example of common diversion criteria include:

The programs vary in the states and territories, but most have similar terms.

The Future of Marijuana Laws in Australia

Efforts to fully legalise recreational marijuana are an ongoing priority in the Australian Parliament, and investors are looking for opportunities to capitalise on the trend. The Australian Greens political party has adopted the cause of federal legalisation legislation, and the party is pushing for the Labor Party to join the cause. As the states and territories analyse the results of ACT’s legalisation, more and more pressure for federal legislation will develop. Many think that now is the ideal time to push for recreational legalisation.